Many of you know that my daughter plays competitive softball for a club and for her high school team.  We started her in softball in 3rd grade and quickly recognized her talent and abilities.  She learned the fundamentals for a few years then she started playing more competitively (with the club) in jr. high.

She’s now in her Junior year in High School & she is one of the top pitching prospects in her conference.  We can attribute the high-level performance to three things:

A funny thing happened when she started playing more competitive softball and going to the personal trainer 3 times/week.  Her grades started improving.  We were initially worried that her grades would suffer due to the demand of the club and her workouts but you can imagine how pleasantly surprised we were when they actually improved!

I asked a few other parents that from the gym and they mentioned the same thing.  I knew it couldn’t be a coincidence so I started researching about the effects of exercise and it’s correlation to academics.  I found an interesting article (below) that I wanted to pass along to my wonderful readers.  Take a look and leave me a comment below.

The summary below is from an article posted on the Psychology Today website and it talks about studies that were done linking physical activity (exercise) to cognitive abilities.  If interested, you can see the full article on their website.

Eight Ways Exercise Can Help Your Child Do Better in School

In June of 2014, researchers from the University of Madrid reported that motor skills gained through physical activity may be of greater importance than the cardiorespiratory benefits of aerobic fitness.

The Spanish study,”Independent and Combined Influence of the Components of Physical Fitness on Academic Performance in Youth,” was published in the Journal of Pediatrics.

An August 2014 study from University of Illinois at Urbana-Champaign found that children who are more aerobically fit have more fibrous and compact white-matter tracts in the brain than their peers who are less fit.

The study, “Aerobic fitness is Associated with Greater White Matter Integrity in Children,” was published in the journal Frontiers in Human Neuroscience.

In a September 2014 study, researchers from Michigan State University and University of Vermont found that offering daily before-school, aerobic activities to younger at-risk children could help in reducing the symptoms of ADHD in the classroom and at home.

The study, “A Randomized Trial Examining the Effects of Aerobic Physical Activity on Attention-Deficit/Hyperactivity Disorder Symptoms in Young Children,” was published in the Journal of Abnormal Child Psychology.

In a September 2014 study, researchers at the University of Montreal identified four dimensions of play particularly important for children as part of any physical activity. Play makes exercise seem like fun which makes it more enjoyable.

The study from The University of Montreal, “Problematizing “Play-for-Health” Discourses Through Children’s Photo-Elicited Narratives,” was published in the journal Qualitative Health Research.

A September 2014 study from University of Finland found that physically active school transportation related to academic skills and may be beneficial for the development of reading skills in boys.

The study, “Associations of Physical Activity and Sedentary Behavior with Academic Skills – A Follow-Up Study among Primary School Children,” was published in PLOS ONE.

In September 2014, the abstract of a study,”Brain Breaks: Physical Activity in the Classroom for Elementary School Children,” was published in the Journal of Nutrition Education and Behavior.

Oregon law will mandate that by 2017 elementary schools have 30 minutes a day of physical education classes, in addition to recess periods. A survey conducted by the Healthy Youth Program found that 92 percent of Oregon public elementary schools currently do not meet this standard. The CDC confirms that this is a nationwide deficit.

In September 2014, researchers at the University of Illinois at Urbana-Champaign released findings that children who participate in after-school exercise groups have improved cognitive function.

The study, “Effects of the FITKids Randomized Controlled Trial on Executive Control and Brain Function,” is available from the University of Illinois News Bureau.

In October 2014, researchers at the Georgia Institute of Technology found that an intense bout of personal training for as little as 20 minutes can enhance episodic memory, also known as long-term memory in healthy young adults.

The study, “A Single Bout of Resistance Exercise can Enhance Episodic Memory Performance, was published in the journal Acta Psychologica.

Conclusion: Exercise Is Key for the Well-Being of Our Children and Future Generations”

Whey protein is an extremely efficient way to supplement an athlete’s protein intake. Compared to the general population, athletes (or those who work physical labor) incur more muscle break down and require higher protein intake. For these groups, 1 gram of protein per pound of body weight is required, for a 155lb athlete, this equates to 155 grams of protein. Without adequate supplementation of this nutrient, loss of muscle mass will occur and recovery as well as growth will be significantly delayed. Protein can be consumed from animal sources such as beef and chicken, however the body expends more energy to digest animal protein. The advantage of whey is its higher biological value (quantity of protein used) and

Good fats or Omega-3 fatty acids are of particular importance to all athletes, not just mixed martial artists. Through constant punching, kicking and joint manipulation, a significant amount of stress is placed on the body. Omega-3’s are excellent for any athlete as it contains powerful anti-inflammation properties, this is excellent for reducing muscle soreness and joint pain. Apart from its role as an anti-inflammatory, it is excellent for enhancing cognitive ability and brain function, making it a must have for all athletes. Omega 3’s can be consumed in capsule form, or by liquid such as fish oil or flax seed oil.

This naturally occurring compound is an effective supplement for the MMA athlete. Creatine is excellent for energy production throughout the muscle. When using muscles for any explosive movement, a form of energy known as ATP (adenosine tri-phosphate) is expended. This can be thought of the muscle’s form of currency and is quickly depleted in explosive movements such as shooting for a take down or throwing a power punch. The more depleted this ATP becomes; the more lactic acid builds up and causes a burning sensation inside the muscle. Creatine is excellent for acting as a buffer to slow down this lactic acid build up and increase energy reproduction for the muscle.

This non-essential amino is widely known for its role in accelerating recovery and muscle repair. It is comparatively the most abundant amino acid and makes up 66% of the bodies total amino acid pool. The body has the capability of producing this amino acid to maintain regular bodily function, however it is severely depleted during medium to high intensity exercise. Under this condition, glutamine levels in the body will be depleted and thus lead to muscle soreness. Adequate supplementation of this amino acid will significantly speed up muscle repair and recovery while also delivering secondary benefits-regulating immune function, building stronger bones and aiding digestion.

In order for athletes to achieve peak energy levels and performance, feeding the body with the proper vitamins is minerals is important. There are a wide array of vitamins, such as calcium and magnesium, which creates bone formation. With adequate supplementation, vitamins play an important role with other nutrients as it aids the body in maximizing the creation of cellular energy.

Eating a variety of meats, vegetables, and fruits is definitely encouraged. However…what is the nutritional value of our food? The nutritional value has decreased as we have refined and process our foods. Unless you grow your own, you need nutritional supplements to make up the difference.

Not having enough of the right vitamins, minerals, and antioxidants affects the ravaging effects of the aging process. Insufficient nutrition contributes to poor cardiovascular health, poor eyesight, and a weakened immune system. Good quality nutritional supplements can help in all these areas. 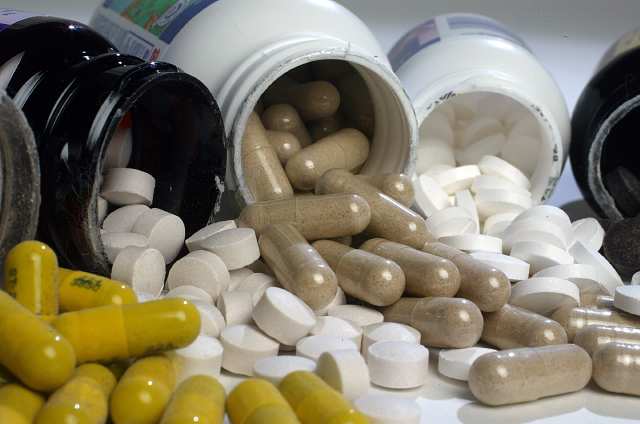 *Is this a fair price for this specific nutritional health supplement?

*Is this vitamin supplement going to make me feel better or is it going to just fill a need for my body, will I notice a difference?

*How long do I need to take this particular nutritional health supplement?

As far as the quality of any given nutritional health supplement it is important to choose quality. You would not choose to eat produce that is spoiled or rotten so why would you choose a supplement that you do not know how it was manufactured or where the ingredients come from? There are a lot of nutritional health supplements on the market that contain a lot of fillers and synthetic ingredients that can put stress on the body just trying to process them, namely the digestive tract, kidneys and liver.

Is this a fair price for this specific nutritional health supplement?

Is this nutritional vitamin supplement going to make me feel better or is it going to just fill a need for my body, will I notice a difference?

Depending on how severe your nutritional vitamin deficiency is and how important that nutrient is to the body will depend on whether or not you will feel a difference on that particular nutritional health supplement. The fact is the fruits and vegetables we eat only have a fraction of the nutrients they use to due to depleted soils. Therefore to support your diet with quality nutritional health supplements is a must to remain healthy. You can also look to family genetics to see if you need support in a particular area of your health.

How long do I need to take this particular nutritional health supplement?

The duration of taking the supplements will depend on the nutritional health supplement you choose and how severe the illness or deficiency. There are great testing methods that are now available to determine what your needs are. They are not the blood tests normally done in your medical doctors office, they are specific tests to determine if you are deficient in certain minerals, vitamins, fatty acids, amino acids and antioxidant levels. With this information you will be given timelines and dosages for taking your specific nutritional health supplements.

*DSF, otherwise know as De-Stress formula, an absolute patient favorite at our office. Supports important nutrients your body depletes during times of prolonged and acute stress.

Mtcmma.com is a high quality nutritional supplement website designed to offer effective vitamin and mineral supplements, herbal formulas and essential oils all aimed at improving your health. It is an easy to use site that allows you to go to the category of health you need improvement where will find products that have been used successfully in health and wellness clinics all over.